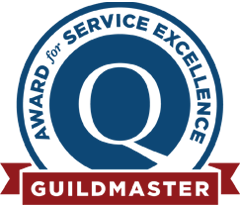 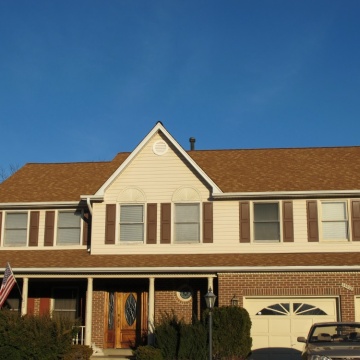 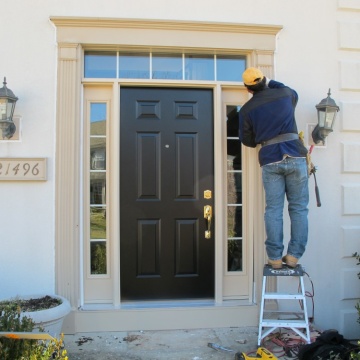 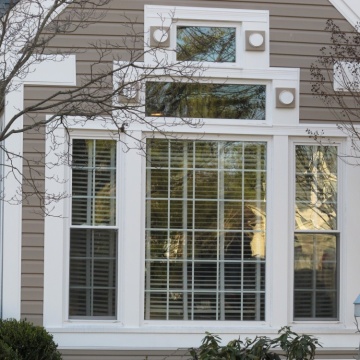 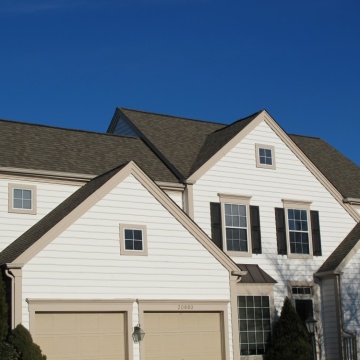 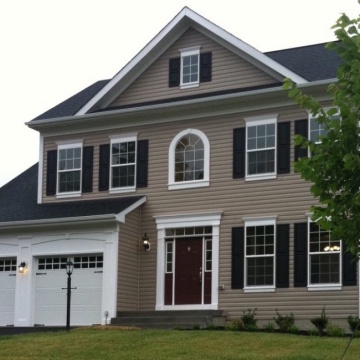 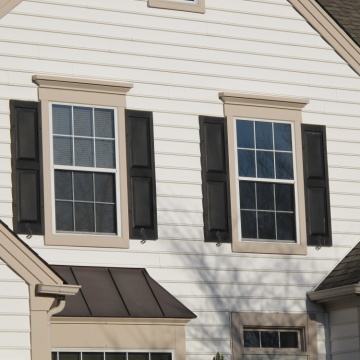 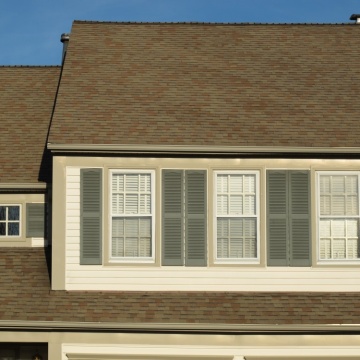 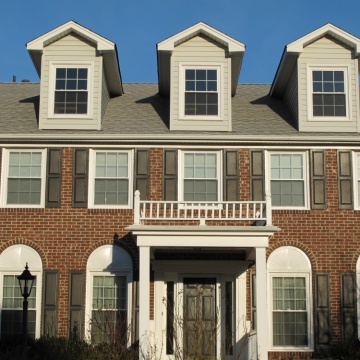 The work team made the difference. Quality of work was the excellent.

Provided I have the same work team that installed my slider.

The owner is really nice. They work pretty fast.

I heard about them through a representative at the Columbia Mall. I don't remember the lady's name, but she was very nice.

Once they are done, they should tell the customer where the order numbers are located in order to get the warranty. I didn't know that, and it was two different dates and you have 30 days to get the warranty submitted. They were all different numbers and I didn't know exactly where to find them. When they removed the wrapper around the window, the order number is on there and I was lucky enough to see that. I took a picture of the windows and got the numbers put in separately. It should be an easier job to put in the numbers together all at once and submit, rather than separates one. Everything is good. The windows are nice and I am enjoying them. It is a very good product.

I chose Red Carpet because they seemed to be low-pressure.

I was impressed that the owner did the initial visit. Price/value ratio was also quite good.

The initial estimate was pleasant as Ken was very responsive to my requests and needs. He worked along with me. The time it took from the initial estimate to work being done was not 100% satisfactory, but it was wintertime. Nevertheless, the work was done to my satisfaction and my wife's as well. We had a large order of 34 windows of varying size, some of them were huge because we have a passive solar home with southern exposure. Surprisingly they completed it in two days' time. The crew that came was professional and they knew what they were doing and were responsive to my requests. I felt like they were on a strict time schedule and they rushed it and as a result, certain things were neglected, such as proper cleaning afterward, which they came at my request a few days later to clean the windows inside and out. They could have been a little more careful in cleaning up the site after the day was done. There was debris left. In general, I am very satisfied with their performance, responsiveness, and quality of the work that was completed. My wife and I love the windows and they look beautiful.

There were several factors that prevented the schedule from being on time such as weather and personal scheduling conflicts.

4.3 Towards the end, they fixed our communication issues.

Price was the first priority. Secondly, Ken himself. He wanted to genuinely help me with my project of 34 windows to be replaced.

I would say negotiate, come to an agreement ahead of times if you want it done on the weekends, and go for it because they are really a great investment.

The installers were amazing.

Their salesperson was very knowable and friendly.

The president of the company took time out and sit down and explained the cost, the ways the roof are being replaced which I find it excellent.

They got the project done a week ahead of schedule.

They are a small company and we love to help out small companies. We also felt very comfortable after receiving their sales pitch and estimate.

It was a very positive experience. They were very flexible and easy to work with. We are already scheduling another project with them.

The estimates were close, but I trusted RCR more since I had used them in the past

Chris kept me informed throughout the process and was very professional

They were very professional, clean and timely. They fit my needs.

I was referred by a friend.

They were all great.

They were great and we are recommending them.

I heard about Red Carpet Remodeling at a Home Expo.

The primary reason that I chose Red Carpet Remodeling is that they came prepared, and it wasn't a lengthy sales; it was painless and a fair price.

They were knowledgeable, confident in what they were doing, and had good people.

Everybody did very well.

They all did great work

N/A - No problems to resolve!

They seemed to know what they were doing and they had a good price.

Ken's thorough explanation and experience in the field of roofing.

Red Carpet Remodeling   Thank you for the great review!
Share

We had previously used them to do some outside work on the house.

I chose Red Carpet Remodeling due to trusting the folks I came in contact with.

Absolutely top shelf professionals start to finish! I met the folks at Red Carpet Remodeling at the Olney Farmers Market. We chatted several times and we finally scheduled an estimate. Travis came and spent a good amount of time talking about the process, going up into the attic on a rainy day, and providing samples and several options for shingles. Communication was outstanding start to finish. We had a slight weather delay and some particular requirements within our community, but Jay worked with us to make it work. And it worked. Materials were delivered as scheduled and the crew showed up on a cold January morning to get the job done. It was all really well done and very efficient. Excellent clean up, too. The roof looks great and we are very happy with all aspects of the transaction. Can't say enough good things. Highly recommended!

Each item listed under "Customer satisfaction" represents a specific question asked by GuildQuality to customers of Red Carpet Remodeling as part of our survey process. The bar graph and percentage next to the question stand for the percentage of respondents that were "Satisfied" about that particular question.