Thank you to everyone who participated in the ‘Best of 2017’ photo contest! As always, the projects shared by our community of quality were outstanding. We loved seeing all the hard work that our Guildmembers have done this past year.

“This home had a mixed architectural style – rustic on the outside but traditional inside. Major renovations to the home focused on three main areas – the living room, the dining room, and the master bedroom. Walls were removed to open up and better unify the living room and kitchen spaces. One window in the living room became nearly a wall of windows to allow for better views of the lake, and two skylights added more natural light. The challenge was coming up with a creative ceiling design that went with the intended vibe of the home. What we developed was enhancing a traditional tray ceiling design by wrapping it with solid wood beams and causing those beams to lie inside the tray ceiling and cross its opening. We focused on not allowing the beams to hang too low. The homeowners fell in love with the idea and they chose to implement a similar design in the master bedroom.” – Stebnitz Builders 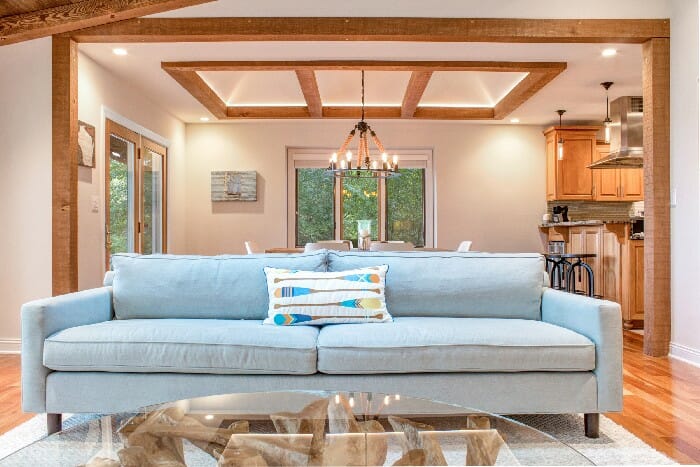 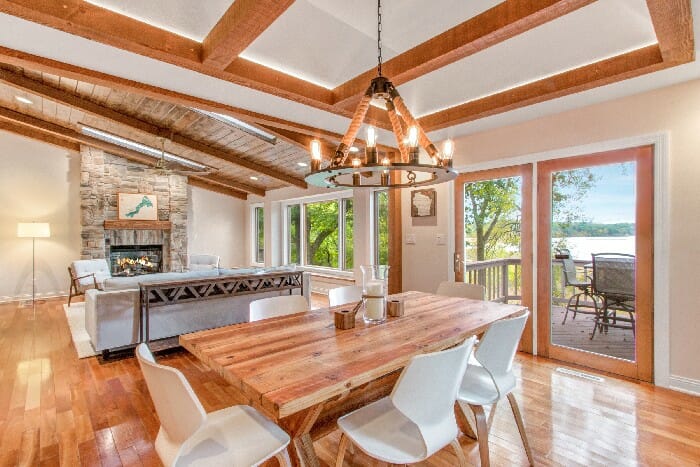 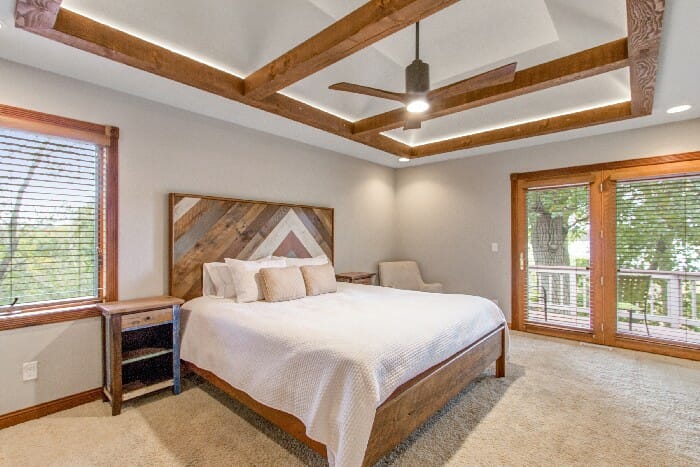 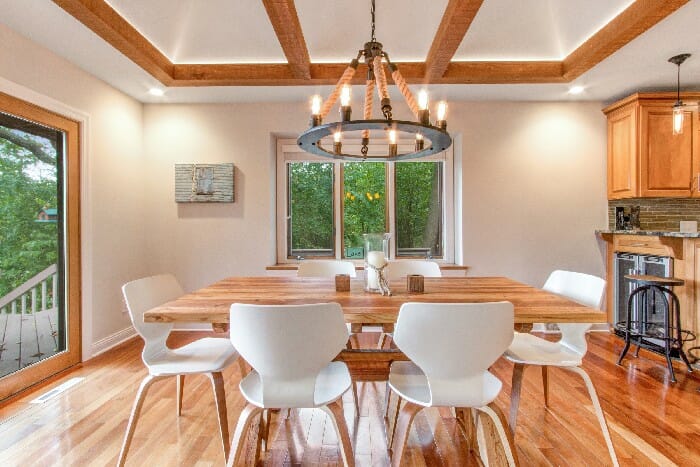 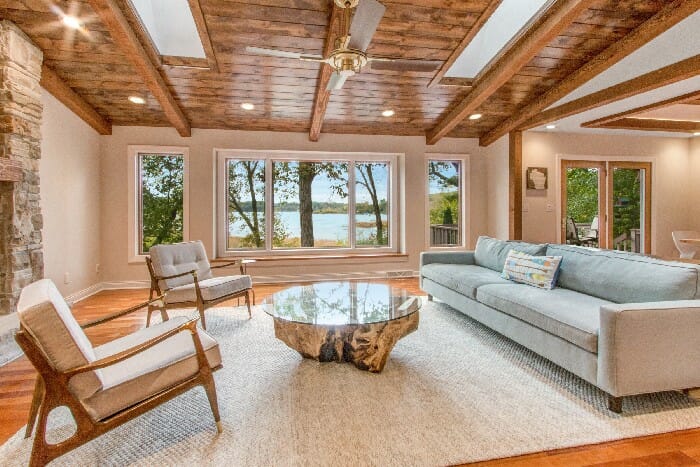 About the winner, Stebnitz Builders

Stebnitz Builders is a full-service remodeling firm providing general contracting services in Southeastern Wisconsin and Northern Illinois. Their services include custom home remodeling, home improvements and house repairs, custom new home building, and custom home design. Stebnitz Builders has been a Guildmember for the past five years, during which they have received multiple awards and recognitions. To learn more about the winner, visit their GuildQuality profile page.

“This is a 14×38 custom liner pool. Incorporated into the design is an 8′ sun shelf and two deep end benches. The pool is equipped with bubblers and an under-mount automatic pool cover. This project was completed in conjunction with G&G Custom homes in Zionsville, Indiana.” – Pools of Fun 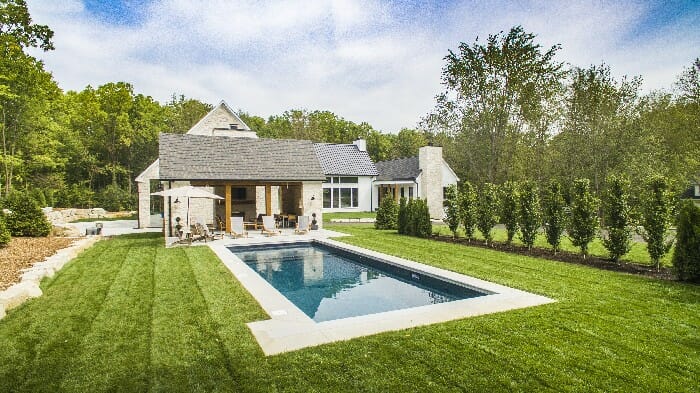 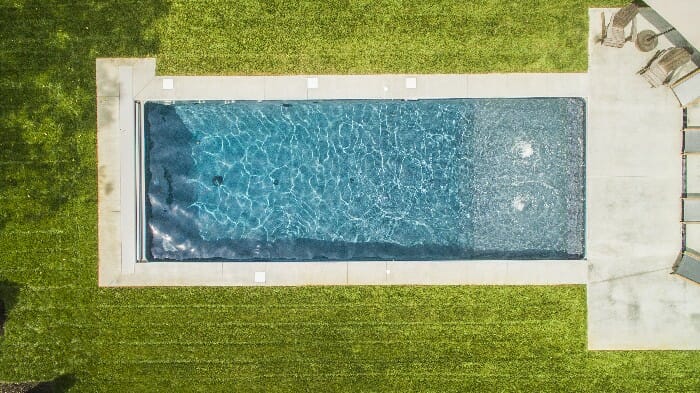 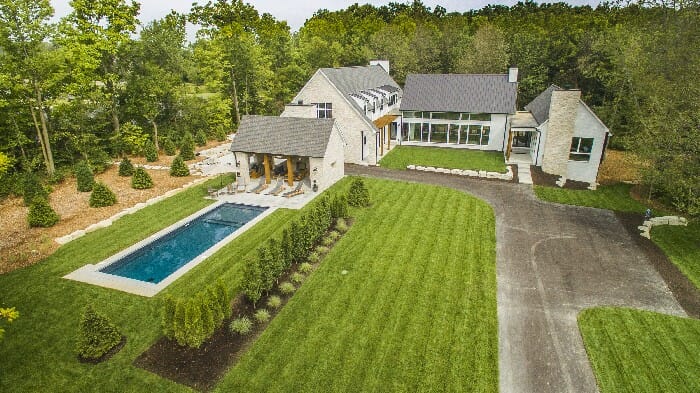 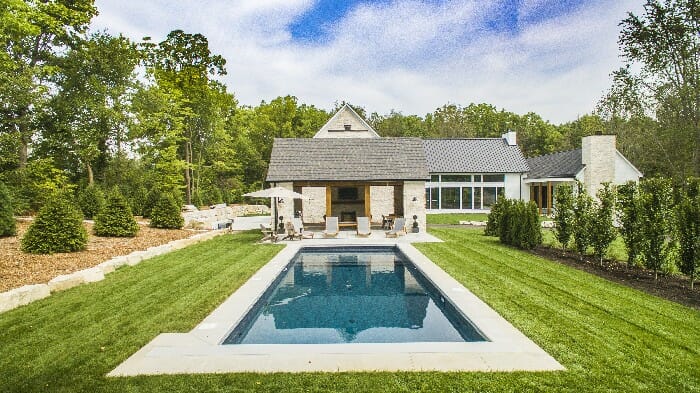 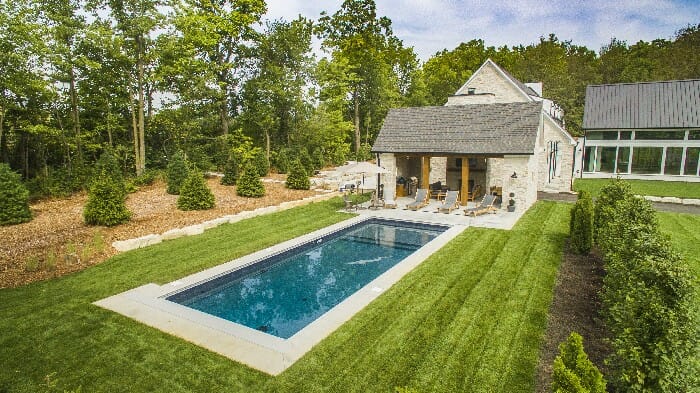 “At times, Bill had considered purchasing a vacation home but ultimately decided to make his primary residence the sanctuary he desired. When he first approached us, other areas of his 1980’s home had been updated to give the ambiance of a modern rustic lodge. However, his great room still needed to be updated with this design concept. We updated the room’s existing fireplace with new brown bricks in varying hues. The original fireplace was extended to the ceiling to give the allure of a chimney. Before commencing work on this project, the ceiling had accent beams that certainly contributed to the room’s appeal, but could be improved upon. We replaced these with stunning logs and configured them in a way that gave them the appearance of support beams. Reclaimed southern yellow pine that we pre-finished was also added to the ceiling to promote the allure of a log cabin. The upstairs bathroom was shortened up a few feet to open up the sightline within the loft.” – Lindus Construction 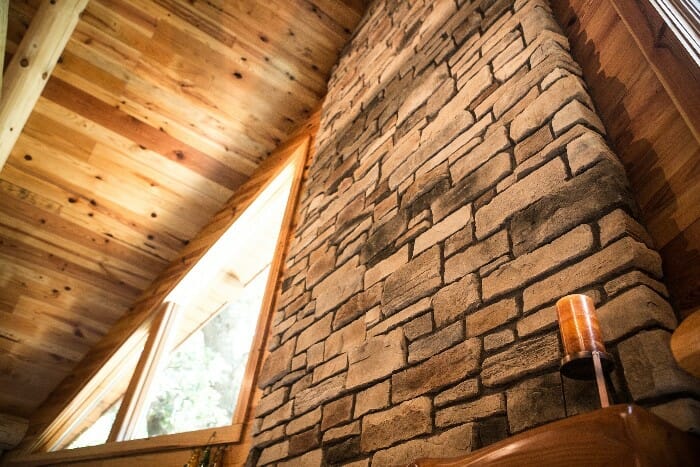 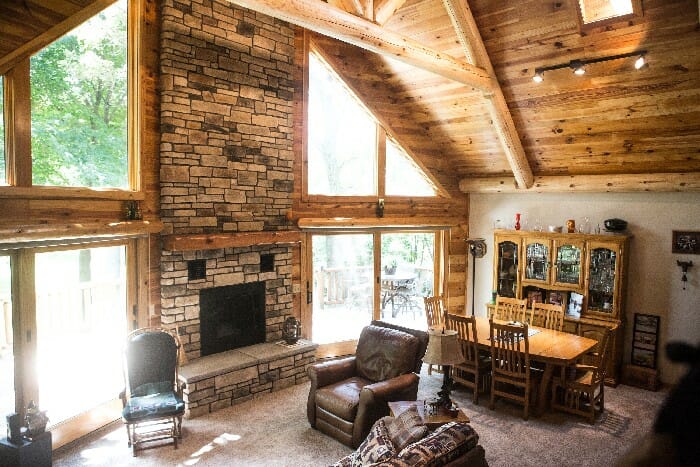 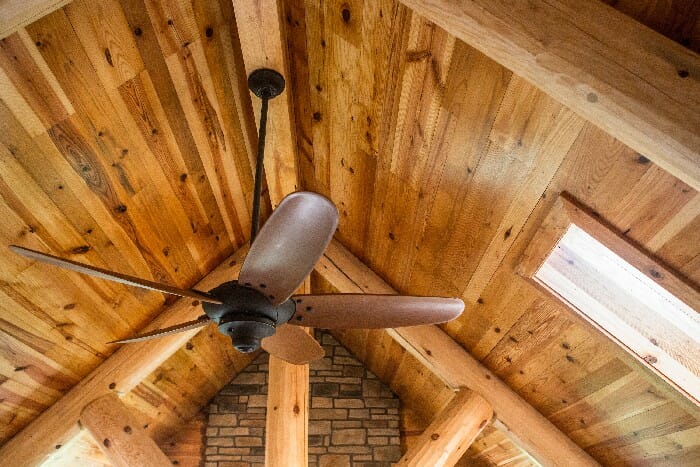 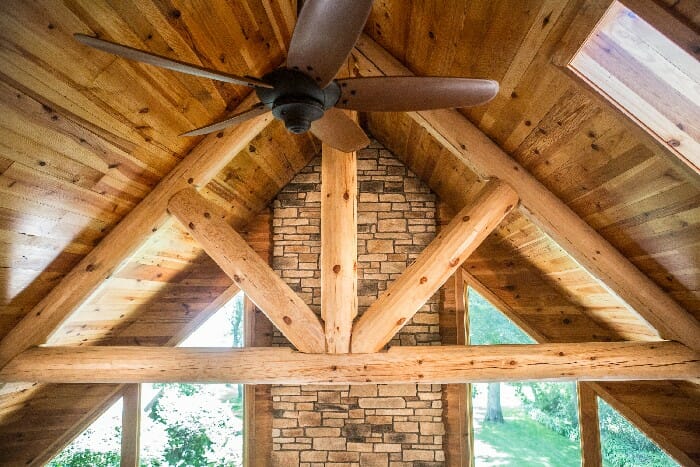 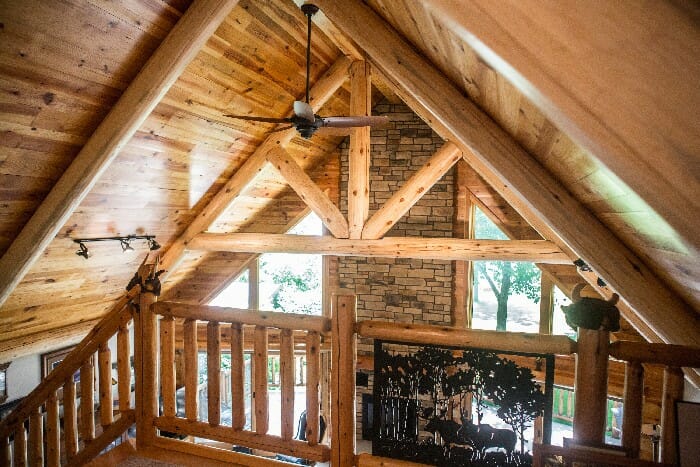 To see the rest of the results, visit the polling page. Feel free to contact us with any questions!