JG Contracting is a licensed and insured contractor that will excel in all of your home improvement needs. Whether it’s retail roofing, windows, siding, gutters or gutter helmets for residential and commercial properties, or hail & wind claims through homeowners insurance. We are licensed in Kansas, Missouri and Minnesota. We have the knowledge and the expertise to handle your estimate or your claim from start to finish, from the planning stages, all the way to the final cleanup. We are committed to providing you with the best services possible. Show more

JG Contracting is a licensed and insured contractor that will excel in all of your home improvement needs. Whether it’s retail roofing, windows, siding, gutters or gutter helmets for residential and commercial properties, or hail & wind claims through homeowners insurance. We are licensed in Kansas, Missouri and Minnesota. We have the knowledge and the expertise to handle your estimate or your claim from start to finish, from the planning stages, all the way to the final cleanup. We are committed to providing you with the best services possible.

JG Contracting is definitely a different sort of contracting firm. Our job is to provide clients with the finest local design and craftsmanship possible, and that all begins with a commitment and caring attitude toward our work. Since inception, we have expressed the importance of quality, detail, and safety. Our knowledge in dealing with insurance companies to maximize your claim and bring you back to pre-loss condition or better, sets us apart from all other contracting companies. We understand that repairing the damages to your property is your number one priority and we strive to work hard on your behalf. Hide 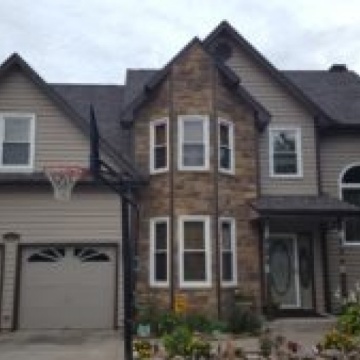 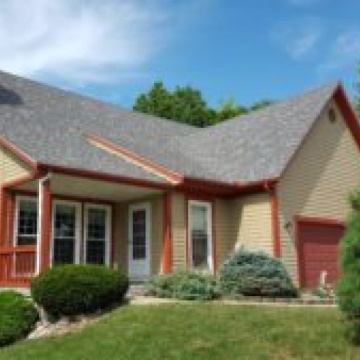 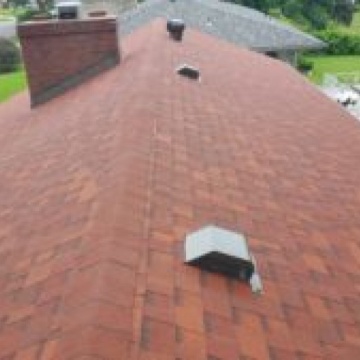 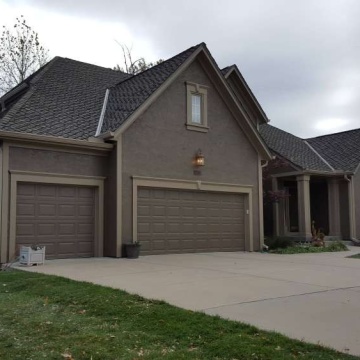 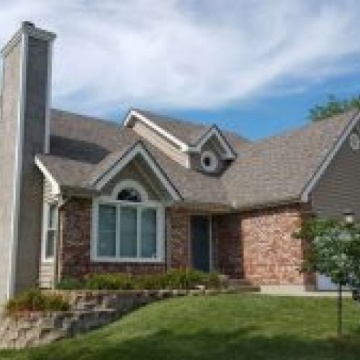 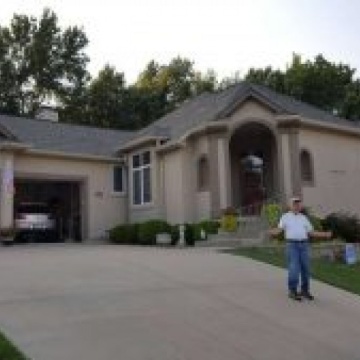 I was just very pleased with everything. They were awesome. Worked diligently, cleaned up after themselves, left the job site clean when finished and was easy to communicate with, answered any questions and explained everything clearly. I just can not say enough good about it.

All of the staff and and work was great. Everything was a breath of fresh air.

Wyatt the salesperson was so helpful. We are very pleased.

I would never. No way.

I thought so at first, but no. He hasn't done my guttering like he promised me.

No. The office is fine, but the guy I had to deal with...not so much.

I am satisfied with the shingles, yes. The gutters, no.

No, they left stuff around.

Not their salesman, and he stands for them.

No. It's been a month and he promised he would finish my guttering. They were paid for it.

No, they did not.

I did if I would have gotten my guttering.

I would never. No way.

JG Contracting fell short of my expectations. The salesman would promise things that never happened.

I was most satisfied with the color of my shingles.

No, I don't. My brother referred them to me. My brother is upset that they did me the way they did.

Come finish my guttering and make sure they are the right color.

Generally we like to get multiple bids before we get work done. But we were very impressed with Randi (our JG Contractor Rep) and how she knowledgeable she was about our neighborhood (HOA, roofing materials etc), insurance companies and she was friendly and non-pushy. I figured even if we ended up coming out of pocket a little more it would be worth it because of the AWESOME customer service.

JG did an excellent job on multiple projects at my house. Project manager Randie was on site constantly and made sure everything was completed on time. All of their crews were professional and courteous.

From the time we signed contract to completion took way to long. The roofing crew was great. Their painting crew was way below expectations.

I am pleased with the work; it was completed in a timely manner.

JG Contracting assigned Mike Tweetie as our contractor and he did an excellent job.

JG Contracting did an excellent job.

I am not pleased with the company overall. Based off communication and the amount of time it took to complete the project.

They did a great job!

JG Contracting is a great company, the gutters and fascia are beautiful. They do need a new vendor for the siding work or do it in-house themselves, other than that I am very satisfied.

The people in the office. It's not the crew that comes out.

It anyone contacts me, I would recommend them. They did good for me, and I assume they would do good or they would not be in business. You could always check with the City to see if they were good or bad. They are not hit or miss.

JG Contracting gave me a great value for my money! My estimator was knowledgeable and very helpful! She noticed and looked up information about my house before coming for our initial meeting. She inspected the underside of my roof, and noticed that the plywood would have to be installed on the entire roof. She let the office know that beforehand.

I was very nervous about dealing with a contracting company on my own, but they were helpful and easy to deal with.

I'm very satisfied with both the church and my house.

I know the owner personally, and any problems I had he makes sure it is taken care of.

JG Contracting is very unorganized, I had to stay on them to get my jobs completed and it took them about 10 months to complete when it should have only taken them a couple of months. The contracted workers were great and I am very satisfied with their work, but I DO NOT recommend JG Contracting,

They did a great job and my house looks better than ever.

Each item listed under "Customer satisfaction" represents a specific question asked by GuildQuality to customers of JG Contracting as part of our survey process. The bar graph and percentage next to the question stand for the percentage of respondents that were "Satisfied" about that particular question.