Hauk Custom Pools is owned by Robby and Crystal Hauk. Robby is a 17-year veteran of the pool industry, and the son of Bob Hauk who was a pool industry innovator during the 1950s. Today, Robby and Crystal's sons, Nick and Clay, are involved in the family business, making three generations of Hauks in the pool construction industry. Their phenomenal success and hundreds of satisfied Dallas pool owners comes from constructing well-built, beautiful pools. Others may try to imitate, but there is only one, original Hauk Custom Pools.

1996 - 2001 - Robby discovered his passion for design and construction while employed for one of DFW's leading pool builders as a design and sales consultant.

2011 & 2012 - Robby and Crystal's sons Nick and Clay, who worked in the family business during middle school, high school and college, return permanently upon graduation from college: Nick (2011) and Clay (2012).

I interviewed several companies before choosing Hauk. There were several companies that just told me what I wanted to hear rather than provide me with expert advice. After careful consideration and cost analysis, I chose Tim Ryan and Hauk. I believed then and now know that although Hauk wasn't the cheapest...

Dear Mr. Cicalese, thank you so much for your recent review! We are greatly encouraged to hear how positive and impactful your Hauk experience has been. It was a pleasure to work with you form start to finish. We are thrilled to hear that Tim was able to provide you with expert advice as you worked to make each of your decisions. Thank you for trusting us to transform your backyard. We look forward to a long term relationship with you! Sincerely, Hauk Custom Pools
Hauk Custom Pools, LLC

The Hauk family and people there were great to deal with. Everyone was extremely professional and the end product is awesome.
Hauk Custom Pools, LLC

Review by Kari B.

The Hauk Custom Pools staff, and the quality of the craftsmanship, exceeded our expectations. I would build many more pools with them, and I would recommend them to anybody I know.

Thank you very much for taking time from your day to let us know how your experience was; reviews like yours encourage us greatly! We are elated to hear how pleased you are! Know that it was an absolute pleasure being able to serve you. We are so glad that Nick and Sammy were able to deliver such excellent customer service to you. We look forward to a long term relationship with you for as long as you own your Hauk pool! We will always be here to serve you with any future needs that arise.

It was a pleasure to work with Peter Jackson and Hauk. I cant wait to use my pool.

Dear Mr. and Mrs. Wageneck, thank you so much for your feedback; we are greatly encouraged! We are so happy to hear that you had such a wonderful experience working with Peter and our Hauk team. It was a pleasure being able to serve you. We hope you enjoy every aspect of your beautiful pool for years to come! Sincerely, Hauk Custom Pools
Hauk Custom Pools, LLC

Anyone in the market for a new pool should see what Hauk Custom Pools has to offer. They are honest, do what they say and ensure that there are no surprises throughout the whole process. They have a great team of people to work with. Everyone at Hauk is focused on delivering the highest quality product...

Dear Mr. and Mrs. Ryan, we greatly appreciate you taking the time to leave us such a wonderful review--we're encouraged! It is wonderful to hear that you were able to have such a positive experience working with us. Reviews like yours help us to know that we as a company are moving in the correct direction. We hope you are able to fully enjoy your Hauk pool for years to come. It has been a pleasure serving you and we are here to serve you in any way we can in the future. Sincerely, Hauk Custom Pools
Hauk Custom Pools, LLC

Hauk and Peter Jackson designed a gorgeous pool for our home. Communication can sometimes be lacking so expect to have to initiate most of it. Make sure all of the details are type written on the blueprints so that there are no errors.

Thank you for taking the time out of your day to submit your recent GuildQuality review. We sincerely appreciate the helpful feedback. In the midst of a few set backs, we are happy to hear that Peter was able to design such a beautiful pool for you to enjoy.

Awesome company and product, very professional and timely in the building of our pool.

Dear Mr. and Mrs. Hill, we sincerely appreciate you taking the time to leave us such wonderful feedback! Reviews like yours help us to know that we as a company are moving in the proper direction. The construction process can be a messy one, but we are thrilled to hear that the outcome was everything you dreamed it would be. Thank you again! Sincerely, Hauk Custom Pools
Hauk Custom Pools, LLC

Hauk met or exceeded my high expectations during every facet of my project and were an outstanding team to work with. I will use them for any future opportunities and have recommended several neighbors to them already.

Dear Mr. Van Kleeck, thank you so much for your positive feedback! We are so glad to hear that our team was able to exceed your high expectations; that is what we aimed to do. It was an absolute pleasure being able to work with you. We want to sincerely thank you for any and every referral from you that comes our way. We hope you continue to enjoy your Hauk pool for years to come! Sincerely, Hauk Custom Pools
Hauk Custom Pools, LLC

We enjoyed working with Jaime on our pool project. He was very attentive to our requests and worked with us to make our dream backyard come true. We have already recommended Hauk Custom Pools to several of our friends.

Dear Mr. and Mrs. Colby, thank you very much for your recent GuildQuality review. We are so glad that Jaime was able to make your dream backyard become a reality! We want you to know that your referrals mean so very much to us; thank you! We hope you are able to enjoy every aspect of your beautiful Hauk pool for years to come. Sincerely, Hauk Custom Pools
More reviews & comments 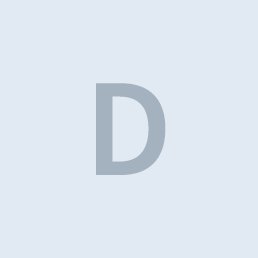 Champion Windows of Ft. Worth

Answers from contractors near Celina, TX

There is a leakage and damage due to rains, hailstorms on the roof of my house . Can anyone suggest me a roofing contractor in Texas?

Hello Nia, Please give us a call, 469-569-3551. We are a general contractor that specializes in storm restoration. We can handle any project, from the roof to interior repair. Matt
Vote
0
Comment
Cancel
Share
What is the best way to build shelving in the garage? 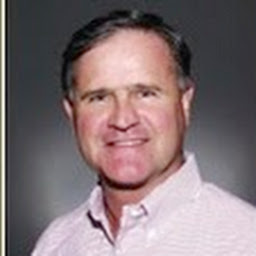 Visit your local Container Store, they have great closet and shelving systems.  We have a set in our Showroom and several of our customers have used them for laundry rooms and one is building their en ... read more
Vote
0
Comment
Cancel
Share

Share feedback about your experience with Hauk Custom Pools, LLC.

Enter the confirmation code from your mailer and publish your review of Hauk Custom Pools, LLC.