Julian & Sons is a small family business specializing in fine custom woodworking. The firm is nestled in the foothills of the Ozark Mountains in north central Arkansas. In 1985, Tom Julian made the transition from general contracting to the pursuit of his lifelong love for fine cabinetry and woodworking. Tom had followed his father’s footsteps as a builder. After watching and learning from their father, Tom’s own sons have followed his footsteps and joined him as master cabinetmakers. With Tom’s background as a general contractor, and with his artistic vision, enriched by extensive travel, they have been able to take their work beyond just cabinet making. They design and build complete environments, from the custom furniture grade cabinetry to the finished architectural milling and woodwork. The work is then personally delivered, installed and finished with hand-rubbed, Danish oils. Their projects have taken them throughout the continental United States, Puerto Rico, the Hawaiian Islands, and Africa. 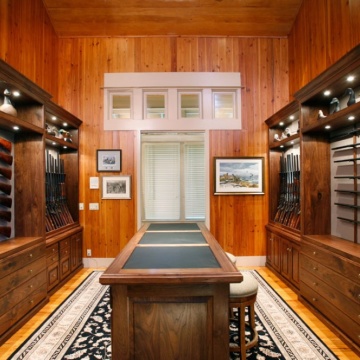 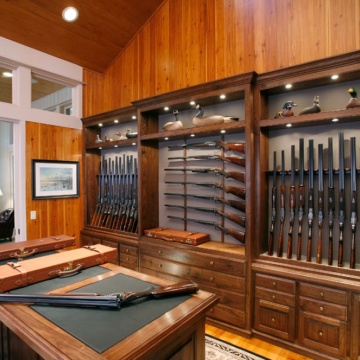 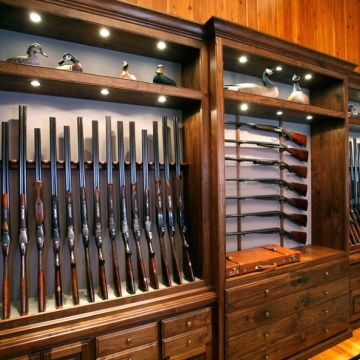 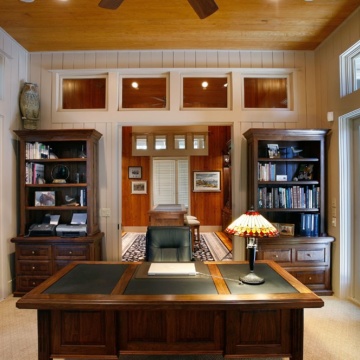 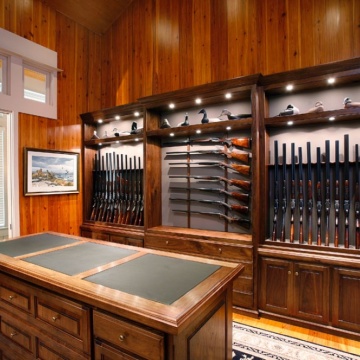 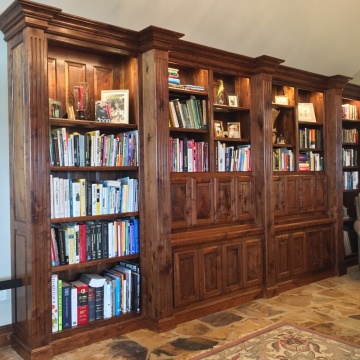 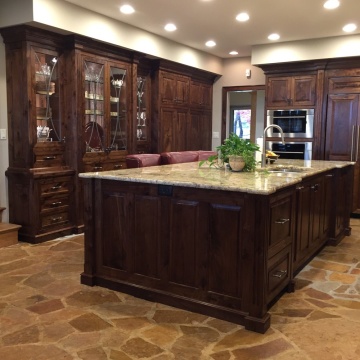 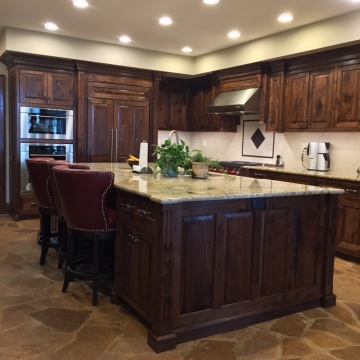 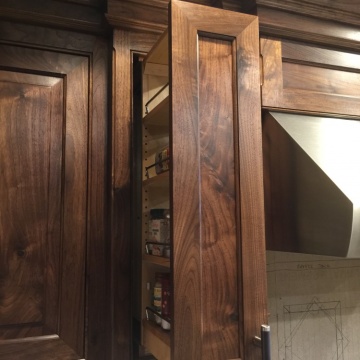 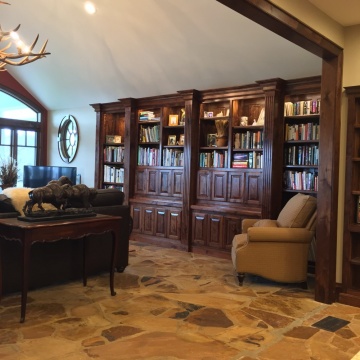 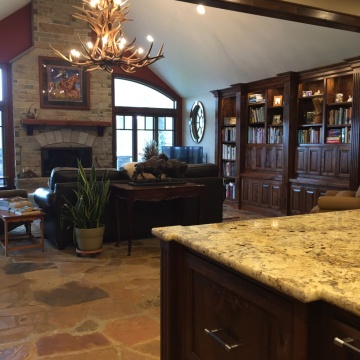 If you want a top-shelf job and exquisite craftsmanship, I highly recommend these guys. With other contractors I always feel I have to micromanage them to make sure I get the job completed correctly. It is hard to find qualified people where I live. Julian and Sons is a standout exception. They are a family company and each one is extremely knowledgeable and professional. They are as picky as I am and they employ excellent craftsmen as well. I had Mike S. here to totally redo my kitchen. He was amazing. I wish I could get him to do an addition on my house because I know the work will be exemplary and I don't have to babysit. If you appreciate truly beautiful woodwork and truly custom made cabinets (not ready made cabinets that are tweaked to fit) call them. You will not be disappointed.

The best experience I've ever had with any craftsmen. All skilled, professional, courteous individuals who want you to be 100% satisfied with your project.

Julian and Sons are extremely professional. I love our kitchen. They are true craftsmen. To have a contractor where I don't have to worry about a thing is worth it's weight in gold. I would (and I do) recommend them to everyone thinking about a cabinetry/furniture project.

The work exceeded my expectations.

Joe and his crew worked 9 long days straight and created an interior that impresses me every time I walk into the room. The walnut is beautiful to behold; the fit and finish clearly superior to any work I have ever seen. Last minute structural modifications were done quickly and with the expertise that comes only with experience. The only downside is that the rest of the house now really needs the Julian touch!

The Julian's craftsmanship is top-notch. Their service and attention to detail is unparalleled. Not surprisingly, they build strong customer relationships as well as they build high-end cabinetry. I highly recommend Julian & Sons to the discriminating enthusiast!

My expectations were high and they managed to exceed them. Great craftsmanship. The people were wonderful to work with. I have already scheduled hem to do additional work in my home.

They're busy like everyone else, but sometimes communication was tough.

Probably the ability to design something from nothing and have it be workable.

I'd read about them for years and then I had an opportunity to interact with Tom thats how it started.

I know some about carpentry and woodworking. I suppose it's possible to make furniture, but I have never seen anybody in our country that can finish woodwork and cabinetry the way Julian and Sons does. They have no competition in that respect.

It was many years ago, perhaps 15 years ago, that I saw an ad they'd purchased in Safari Magazine.

I was most satisfied with the quality.

I met Julian and Sons at an SCI Convention in Reno.

They build an excellent quality product. I think they do excellent work. I would use them again.

I think it was a guy that had done work for them.

I think they do excellent work and I have recommended them to lots of people.

Tireless attention to design to ensure the customer received a product he was looking for.

Their experience commitment pride and craftsmanship

I met them at the SCI convention

They are first class company. No regrets. Excellent results. Extremely satisfied. Give them a try you won't be sorry.

We didn't have any problems.

I was satisfied with everything, from the overall knowledge to the design and workmanship. Everything was great from beginning to end.

I heard about them from a Safari Club International advertisement.

They are a great company, I love them and will use them again.

the overall experience and professionalism

I was satisfied with their professionalism. They produced what they said they would.

I heard about them at a convention.

None. Performed consistent with my high expectations.

The quality of the craftsmanship was excellent. The planning and sourcing was very helpful.

READ AN ARTICLE ABOUT THEM IN SAFARI MAGAZINE

WE WOULD HIGHLY RECOMMEND THEM TO ANYONE.

I was satisfied with everything. They are an excellent company.

I found them through Safari Club International.

They are the best construction speciality contractors I've ever worked with on a project.

Julian and Sons did an excellent job on my game room, and I will continue to use them in the future.

Their workmanship was excellent, very creative with new ideas.

Other customers and DSC. They have an excellent reputation.

Julian and Sons delivers a product that you just cannot find elsewhere. We and everyone that has seen the room that they did for us are amazed by the quality of their work and their attention to the most minute detail. These folks are as honest as you will find and will do more than they say.

My wife and I initially met them at SCI and went to a seminar given by Tom.

I would recommend them enthusiastically and without reservation. It is rare to fine work and integrity like Julian and Sons offers in this day in age.

Questions for Julian and Sons?

Each item listed under "Customer satisfaction" represents a specific question asked by GuildQuality to customers of Julian and Sons as part of our survey process. The bar graph and percentage next to the question stand for the percentage of respondents that were "Satisfied" about that particular question.