Welcome to Everlast Construction
Today, companies must overcome increasing challenges to meet customer needs and create shareholder values. These challenges are not just due to more difficult economic times. They result from increased competitive pressures and complexities in delivering a quality product. Companies must offer differentiated products at competitive prices in an ever-shorter amount of time. They need an extended team and design partner that can be trusted to deliver quality solutions on time.
Everlast Construction provides complete remodeling services that meet all your hardware design needs. Our services range from system architecture to design to development to testing and to sustain. We take pride in our technical capabilities to complete and customize any project no matter how complex the requirements may be. Moreover, Everlast Construction has the design methodologies to ensure consistent quality designs resulting in a lower total cost of ownership for our clients. Everlast Construction can help with any of your remodeling needs. Hide 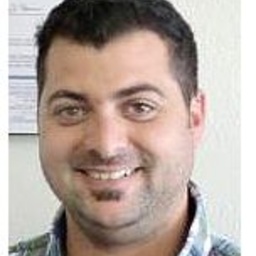 More communication between foreman and crew, more attention on detail areas, its important to have the right person with experience to perform the right task, not just puta body in place.

Overall I'm very satisfied with the outcome of my kitchen Remodel! I'm a detail person so I tend to look at detail work and performnce.

Not at the moment

Ariel's commitment to always make the project perfect and make me a happy customer.

Again, Ariel really stepped in and made everything right.

I was satisfied with their tiling. It looks stunning, especially in the bathroom that has a seat in it.

I am looking to see if they can do my next project.

I was most satisfied with the timely completion of the project

As one might reasonably expect, there were a number of "surprises", but far fewer that expected. :) Overall, we would most certainly recommend Everlast for your next remodel/construction project, and can't imagine a better choice. These guys were nothing short of remarkable... & very patient, BTW.

Most of them were good. We had multiple crews come out. It was unclear what we needed to do or buy so we bought a lot of things. There was an A team and a B team. The A team got paint on things and the fixtures are not set properly. It is small things. We had some issues with the custom glass door as well.

They did not do a lot to keep things out of my bedroom. I asked them to keep it clean but all they did was put up a tarp which did not do much.

I was satisfied with their responsiveness and the timeline overall. Generally for the value was good.

We were most satisfied in that they definitely tried very hard to keep us happy. Whenever we brought up something that concerned us, they tried to address it. They were willing to accommodate requests during construction that we didn't think of in the beginning. They also all very nice people, and that was a very big plus. We didn't feel like they were mean or anything, and they all seemed to be really good people.

My bathrooms are exquisite thanks to Everlast! They were willing to keep with the original look of my 1800 home.

The communication with Ronen was exceptional!

I have already referred them to someone.

Ronen and Marlon was great!

I am an engineer in Silicon Valley and as such have been known to be direct, and some would say abrasive. Dealing with oversensitive people has always been a problem for me as I have trouble communicating succinctly simple issues without polite social protocol getting in the way. I have read a lot of the reviews here about Everlast sales people, and project managers being the same. I personally found this refreshing. Working together, we got a lot done in short order. I knew exactly what I wanted, and a good feel for how do to it. We were able to get to the heart of matters quickly and didn’t worry about any distracting conversational pleasantries. In fact, I found their employees delightful in this way.I chose Everlast because of their aggressive sales representatives and the upfront honesty I perceived in them. They could deal with me and me with them.From this beginning, I formed a relationship of trust with the employees of Everlast. We both understood each other. If, at times I perceived the construction work was not proceeding as planned, l learned the most important lesson when dealing with Everlast was this trust and patients. As time went on, Guy Hagai became my project manager and go to person at Everlast. I found him attentive to my queries, very easy to work with, and detail oriented. He kept me updated regularly with the progress of project and made me aware of a lot of the things I had overlooked – thankfully. His management of this project relieved me of a lot of the stress I otherwise would have suffered through because this was the first time I had ever undertaken such a large project and was not knowledgeable of all aspects of its scope. Because of his years of experience in this field, with customers like me, and dealing with the many issues related to City permitting, scheduling, material selection and so on, things progressed smoothly because of his stewardship.The initial quote for the work to be done was $80K. It was to include 3 new bathrooms, new kitchen, new master bedroom, installation of tile floors, new ceilings, all new electrical, 14 new doors, complete interior painting, installation of recessed LED lights (and a lot of other incidentals – too long to list). I was told that their best estimate for completion was to be 3 months.By the fourth month, job was not complete. I caught myself getting impatient and inquired why. Everlast informed me that due to new building code requirements, (added window egress required for new master bedroom and extra peering under removed load bearing wall) these delays were the result of City engineers being back logged for weeks as a result of the booming construction being done in the area. The delay was caused by circumstances beyond their control. What they didn’t tell me was that because of these changed code requirements, they were obligated to modify the structural design drawings, and re-submit them to the City of Fremont – twice. They did this work without charging me extra. I know how much it costs to have this done – between $2000 to $3000. Again, they did it without extra cost to me. But dealing with the city caused a 6 week delay – not their fault. I can attest to this because I have dealt with the city of Fremont as well and understand how impacted they are. Everlast used the time to add features to the house I had not planned on getting - for free. I estimate the cost of these added extras to be in excess of $30K as I had long ago gotten quotes from other companies to have them done individually. In total, this amount would far exceed the loss in rent I suffered from a vacant house and delayed completion.Even after the City approved the modified plans Everlast continued to add features they felt “should” be done. They did these things without asking me for more than the agreed on $80. Everlast did these they are conscientious, trust worthy, and were interested in doing a professional, thorough job which would satisfy me – the customer. They accomplished this and more. All I had to do was be patient.The list of “no added cost” additional improvements Everlast made to my property which were not included in the original quote of $80K are as follows:1. Removal of load bearing wall and installation of glue-laminate beam and under house peering.2. Construction of “pass through” opening from the kitchen to the dining room for convenient inter-room access. 3. Adding motion detection LED lights in all bedroom closets.4. Installing cedar wood flooring in all closets.5. Wiring and installing ceiling fans in all bedrooms.6. Installing 2 new windows to allow for egress code compliance.7. Refinishing of all the existing wood floors in the house.8. Refinishing of all the existing tiles floors in the house.9. Installation of glass brick shower stalls, and entry way walls.10. Replacing all “under house” sewer lines from all bathrooms, kitchen, and laundry room all the way up to the city line. This alone would have been a $6000 expense. They did a beautiful job under there. 11. Re-routing of kitchen gas range hood exhaust flue through attic/roof in order to accommodate an enlarged diameter pipe.12. Removal of many walled structures within the house which wasted a lot of floor space and once removed opened up the architecture significantly.13. Purchase and installation of hardwired carbon dioxide/monoxide detectors in every room.I found the employees of Everlast to be very easy to work with. They always had my interests in mind. I got way more than I expected and would recommend this company to anyone in need of such services.Three days after Everlast completed construction, I received multiple requests to rent the property. All who saw it thought it was beautiful. By the fourth day a rental agreement lease was signed.Here is a view of “almost” finished product: http://tour.circlepix.com/tour/blaze/?tourId=3627260#.V00u_fkrJaR

I got far more value than I expected.

Great people to work with on such a difficult project. I would definitely work with them again on my next project.

Each item listed under "Customer satisfaction" represents a specific question asked by GuildQuality to customers of Everlast Construction as part of our survey process. The bar graph and percentage next to the question stand for the percentage of respondents that were "Satisfied" about that particular question.