Brooks Harris and Russ Doyle are both second-generation homebuilders born and raised in Birmingham. Their fathers each taught them the business from a young age, and oftentimes the lessons came with a few blisters and great deal of sweat. However, Brooks and Russ also learned that building a home is not just about the "sticks and bricks". It involves developing a relationship with the customer that begins during the planning/design phase and lasts all the way through the warranty period. Harris & Doyle Homes is the combined effort of two experienced builders who know that homebuilding is far more than just the construction of the home.

Brooks graduated from Indian Springs School in 1994. He then went on to the University of Alabama where he majored in marketing and graduated cum laude in 1998. A couple of short years later, Brooks moved to Nashville where he earned his MBA from Vanderbilt University in 2002, focusing on both financing and marketing. This degree afforded Brooks the opportunity to work for the global investment-banking firm Lehman Brothers in both New York City and Nashville. While this was a great experience, homebuilding was in his blood. Ultimately, Brooks couldn't resist the call to move back home to Birmingham to enter the business himself. Brooks has been building houses on his own since 2004 and currently serves on the Board of Directors for the Greater Birmingham Association of Home Builders.

Russ graduated from Chelsea High School in 1999. He then went to Auburn University and participated in the prestigious Building Science program. After graduating in 2003, Russ decided to put his education to work and came home to Birmingham to be a superintendent for his father's custom homebuilding company, DKM Homes, Inc. Then, in 2005 Russ took his knowledge and experience into his own building company, Fireside Homes, Inc. Like Brooks, Russ also currently serves on the Board of Directors for the Greater Birmingham Association of Home Builders and participates in the Parade of Homes Committee and Land Developers Council.

After meeting three years ago while building in the Highland Lakes neighborhood near Chelsea, Brooks and Russ began working on projects together in Pelham. It didn't take long for the two builders to develop a strong working relationship. Brooks and Russ ultimately decided to capitalize on each other's strengths and join forces to create Harris & Doyle Homes. This company is the product of two builders who realize that today's home is more than just shelter; it can be a gym, restaurant, a movie theater, and even a spa. It's a place people rely on to relax, stay connected, entertain, and raise a family. It's also an investment that customers expect to look great and be built to last. Harris & Doyle Homes strives to deliver a home that not only looks beautiful, but also stays on the cutting edge of people's needs both in design and amenities. As an example of the Harris & Doyle Homes difference, they were awarded the 2010 Home Builder of the Year by the Greater Birmingham Association of Home Builders. Simply put, Harris & Doyle Homes build homes with the wisdom of experience and an eye for the future.

This review can not cover the concerns we had and have and we got a master home inspector and still have issues. They are not the same as advertised, so do your homework. These reviews are not what we discovered.

Beautiful interior and exterior house for a single family.
Mark as helpful

The whole process thus far has exceeded our expectations! The design process was so much fun, and now it is awesome watching the construction process develop.
Mark as helpful

Harris Doyle Homes made it an easy experience.
Mark as helpful

I have found Harris Doyle to be an organization that is very professional in their building of homes and qualtiy of staff. It has been a pleasure to own a Harris Doyle home.
Mark as helpful

Review by Michael B.

How would you like if 2 weeks after signing a contract on building a home the company says: we need to resign a contract because the lot you picked up is no longer yours, therefore you need to pick up an another lot for a higher amount. No, we are not willing to work with such a dishonest and unprofessional company.
Mark as helpful

The building process is good. The people I am working with a great. The company policies and the process could be improved. The efficiency of building the home could be better. It seems that some of the homes have no work going on during the process. Overall, I am satisfied with the company.
Mark as helpful

I am very pleased with Harris Doyle and I would use them again without question. I highly recommend them!
Mark as helpful

Review by Bud A.

It is a pleasure dealing with them. We enjoying dealing with them. They did a great job keeping us updated as we go along in the process. We highly recommend anyone to move into our neighborhood.
Mark as helpful
More reviews & comments 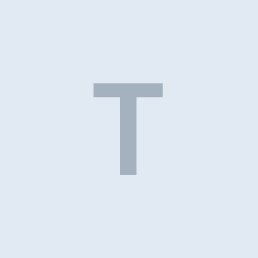 The Crossing at Oxford Commons 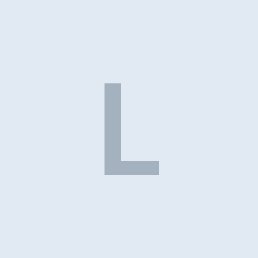 Answers from contractors near Birmingham, AL

Is a contractor responsible for returning things to their rightful state even if its out of the scope of their contract? 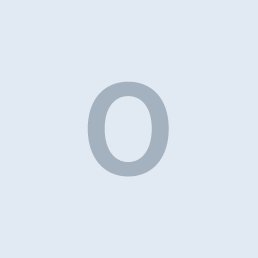 I suggest you get the security company who monitors the system to repair it. They can tell you whether the electricians caused the damage. If so, send the bill to the electricians. In general, they sh ... read more
Vote
0
Comment
Cancel
Share
Water is coming in through new overhead sewer conversion...how?

You definitely should not have any leaking.  I suggest you call a plumber to come look at the issue.
Vote
0
Comment
Cancel
Share

Share feedback about your experience with Harris Doyle Homes.

Enter the confirmation code from your mailer and publish your review of Harris Doyle Homes.