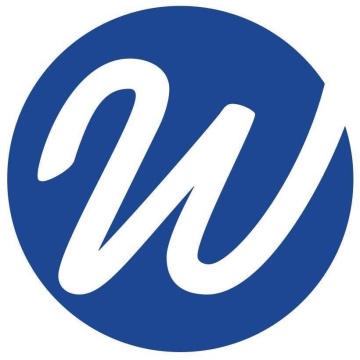 We are the nations largest home improvement company. We sell and install replacement windows, vinyl siding, and entry doors. 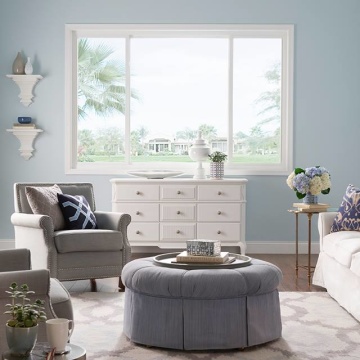 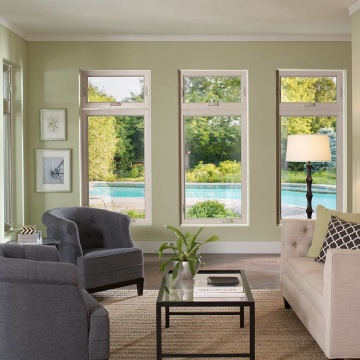 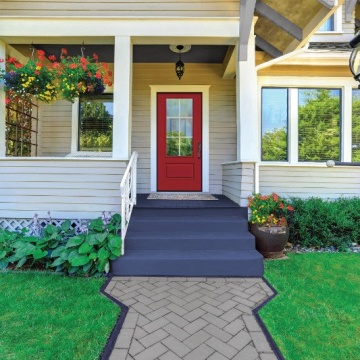 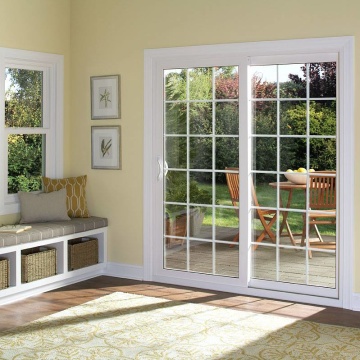 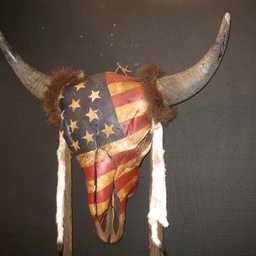 Impressed how well the kept the areas of install clean

We booked our window installation back in September 2019. They came to install on November 1st. They started without the lead protection and had to halt work to leave and get the supplies needed. Once they returned, we noticed the windows were 50/50 and not 60/40 like we had ordered. Work halted again as we waited for the sales person (Russ Green) to come and talk to us. He said that it was an oversight and that they’d order us new sashes. When the installation was completed, we realized we didn’t get the custom trim work that we were told was mandatory (at $625). I called and spoke to the sales manager (Bill Williams) and voiced our concerns with the number of mistakes and the inconvenience of everything that had happened. He offered me a restaurant or movie gift card and when I mentioned that that wouldn’t put a dent in our $4000 windows he said he would figure out something and get back to me. He called back and said he would give us the State fair discount (10%), which would have only taken off $400. Not even recouping the cost of the siding we didn’t get. He tried to also tell me a contract couldn’t be changed after the fact. I let him know I was not happy with his offer and he agreed, finally, to a roughly 20% discount. This cut our cost to $3200. After taking off the $625 for the trim not received, the discount amounts to roughly $175. I do not feel this was adequate, but honestly was tired of going around and around. When they came to replace our sashes on December 19th, we noticed that we did not get new screens to match. The installer said he’d see how it looked first and then quickly agreed we needed new screens. He spent some time measuring for them and told us it would be a few weeks before they’d be in. I emailed Bill the following day to assure that the screens were in fact ordered, and he tried to say that they had been ordered the same time as the sashes. I knew that wasn’t the case as the installer had measured for them on the 19th. I was also told by Bill that we would not be charged until the job was 100% complete, but we were charged and the bill paid in full before we got our screens installed. We are not happy with our experience with Window World and we will be sure to tell anyone looking for recommendations about our issues with them and their mediocre customer service.

Window World of Oklahoma City   Jessica, I am so sorry about your experience. This is not how we treat our customers. While we fell short on pleasing you, it was never our intent intent to cheat you. Russ made a mistake on stating the necessity of new window trims while we were replacing your windows. Once that was brought to our attention, it was our full intention to not charge you for the uncompleted work. We removed the $625 windows trims and recalculated the contract amount to reflect the discounts that were promised. The total of the contract was $4200 and the final bill is $3206 so the discount after the $625 trims were removed was $375. The advertised discounts are applied as a way to track our advertising dollars. So if you ask for that discount, we know that you heard about us through that media source. I sincerely apologize for the way that you feel you were treated. We have spoken to your design consultant and stressed the need to always give the customer the option for adding options such as exterior trim and to never make them feel like the windows cannot be installed without it. There are some circumstances that the window trims are necessary to cover up wood facings that are "less than pretty". Your home was not one of those situations. While it may have enhanced the look of your new windows, it was not necessary to complete the installation. The other issues that you mentioned are complete oversight on the part of the crew and office staff that ordered the new sashes without matching screens. That was a human error the screens should have naturally been ordered with the sashes. We most definitely should have thought about the screens but we will learn from this mistake and try to never let this happen again. I thank you for your patience and we will install your new matching screens as soon as they arrive in our warehouse. Sincerely Kevin Baldwin Owner
Share

I would recommend Window World OKC to neighbors. I am not loosing as much heat as before, since new windows were installed.

Window World of Oklahoma City was easy to work with. I loved that it was a same-day estimate. I am still waiting on estimates from a lot of other companies.

I thought that the installers did a excellent job and they were affiant.

From sales to installation the experience has been great!

They installed new windows in my house in 2013, and I just recently ordered a new window for a remodel that I'm doing. They are very helpful and knowledgeable.

Friendly and professional installation.. quality windows. Have noticed a drastic difference in home comfort in this cold weather.

We used window world for our own home a few years ago and now we are making capital improvements on rental homes. Very satisfied

The quality and service are exceptional.

The installers did excellent job.

Our salesman Jim is what sold us.....honestly and quality. His presentation blew Anderson Windows away because of there arrogance that there is no one else but them.

I've already recommended them. I'm very satisfied with the windows, they did a really good job. The installers were very professional.

From the salesman, to the installers, everyone was very professional. They were very friendly and listened to what I needed.

The technicians were good all around.

We absolutely love our windows and experience was wonderful

Window World met my expectations with the front windows that they put in.

They're excellent. They're fast. They do the work right. They take care of problems that they might've caused or come across.

Great people to work with! I am very satisfied with the job they did installing my new windows.

They did and an awesome job and did not make a big mess so clean up was easy for me.

The two guys that put our windows in.

The clean up was easy after they put Windows in.

They were very professional and quick about the installation. The quality is great.

I had the windows installed, the guys did really good. The capping that was installed was not done properly, they had to come back and redo it. It was back in July and had manager come at it. It has still not been resolved.

They did amazing and I have already recommended to a few friends.

We need someone to contact us regarding the quality of our product.

I was very impressed with the gentlemen that installed the windows. They were very clean and very full of information. They were all around excellent.

Each item listed under "Customer satisfaction" represents a specific question asked by GuildQuality to customers of Window World of Oklahoma City as part of our survey process. The bar graph and percentage next to the question stand for the percentage of respondents that were "Satisfied" about that particular question.