James and Morris Carey, known as The Carey Bros., are third-generation, award winning, licensed general contractors who, as a team, share over 70 years of construction experience and expertise. Show more

James and Morris Carey, known as The Carey Bros., are third-generation, award winning, licensed general contractors who, as a team, share over 70 years of construction experience and expertise.

It all began during the celebration of our nation’s 200th year of independence. It was 1976 when Morris took his first job as a construction laborer. According to Morris, “It was the lowest spot on the totem pole.” Soon after his tenure as a ditch digger, Morris earned a position as an apprentice carpenter. Later, not long after advancing to journeyman, Morris took another step up to the position of foreman. Soon after, Morris’ boss sent him to Monterey, California, to build 10 homes.

Morris eventually opened his own framing company, which ultimately evolved into turnkey-custom-homebuilding as well as small subdivision development and construction. James, 12 years younger than Morris, worked for the construction company during his summers away from school and began working full time as soon as he finished college. Morris made sure that James also began as a laborer – literally working from the ground up. Morris said that he believes an individual can be the best of tradespersons, and yet may fail miserably as a contractor. But a good contractor cannot be truly great unless he has succeeded as a tradesman.

In 1981 a friend asked Morris and James to remodel a pizzeria restaurant. It was a tiny job, so the brothers did it themselves. The boys were literally awe stricken by the variety of complex and challenging tasks offered by remodel work. The days of custom homes and subdivisions suddenly came to a screeching halt when the brothers found out how gratifying remodeling could be. In 1983 James earned his General Contractor’s license and purchased a half interest in Carey Construction Company and the company name changed to Carey Bros.

Although the “bros” are carpenters by trade, both have long since expanded their technical skills to include exceptional hands-on proficiency in electrical, plumbing, drywall and painting – to name a few. As years passed, The Carey Bros. name literally became “a household word” in east bay remodeling. James says, “It takes almost a lifetime to learn the intricacies of remodeling construction and to earn the trust of the community. I am proud to say that we both continue to strive for these goals and that we enjoy the good health needed to continue.”

“I am so proud of James,” states Morris, “He brings a complimentary skillset to our partnership. He is a fantastic administrator, a fastidious tradesman and a terrific personnel manager. He has the highest regard for every single customer regardless of how large or small the project – he truly cares.” James nodded stating, “We make a mistakes. Every contractor does. The difference is that we don’t hesitate to take full responsibility for what we’ve done – regardless of the cost. There is no amount of money that is more important than one’s honor and integrity,” according to Morris.

Consumer Advocates & Home Improvement Journalists
In addition to their remodeling company James and Morris are nationally recognized consumer advocates and experts on home building and renovation. Their achievements during the past 28 years include: Co-hosting “On The House”, a nationally syndicated home improvement radio talk show. They also pen a column for “The Family Handyman” magazine — a Readers Digest publication. They author a nationally syndicated newspaper column distributed to 329 newspapers and they can be seen each week on the Hallmark Channel‘s hit daytime magazine show “Home and Family”. The brothers have also acted as home improvement editors on CBS News Saturday Morning, The Discovery Channel’s Home Matters, HGTV’s Smart Solutions and PBS’s Right On The Money… among others. In addition, The Careys are also authors of four “For Dummies” books, including Home Remodeling, Home Maintenance 1st and 2nd editions, Home Improvement All-In-One For Dummies and Living Well In A Down Economy – and several Dummies pamphlets Hide 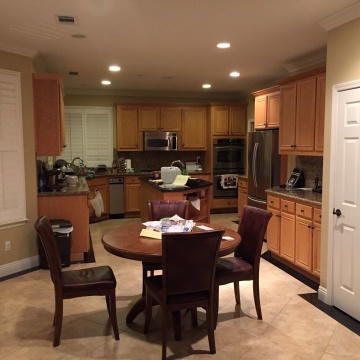 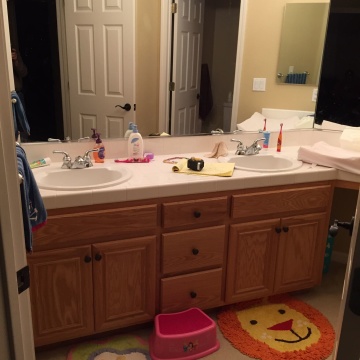 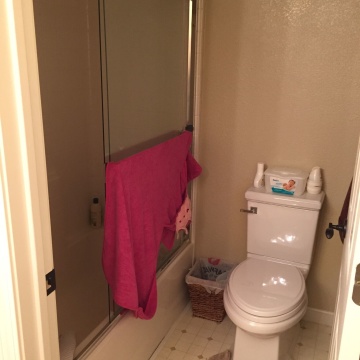 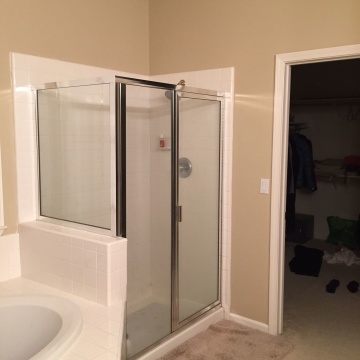 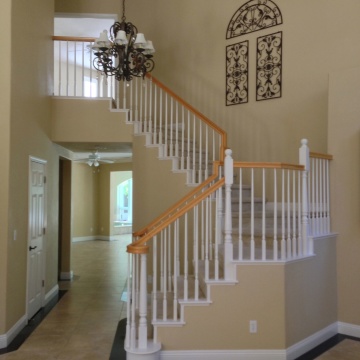 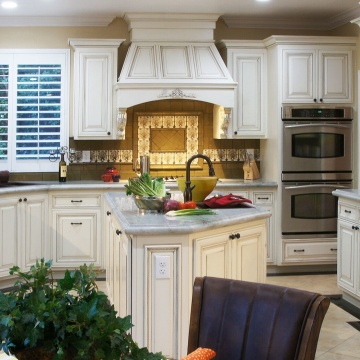 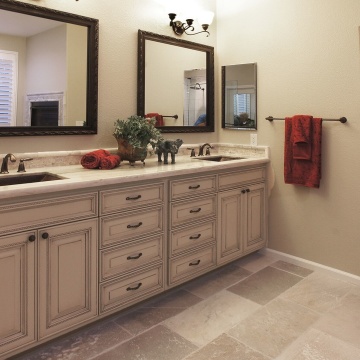 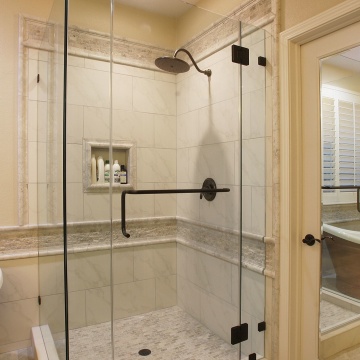 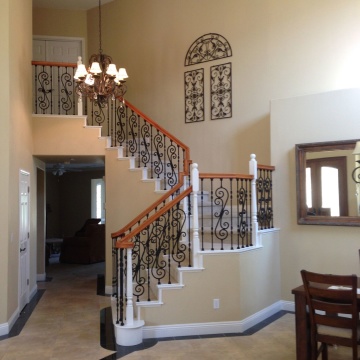 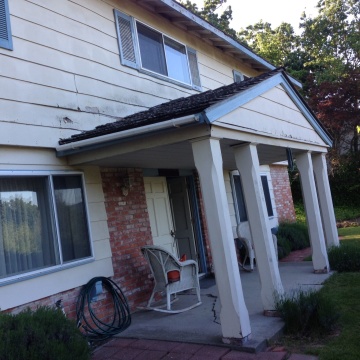 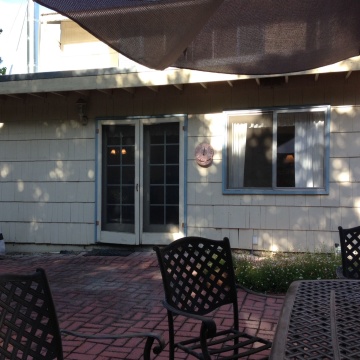 They arrived on time, did an excellent job, and left the work sight as clean as it was when they arrived.

Carey Bros. has completed remodeling and repair projects on our home since 1995. They do excellent work and I recommend this company highly.

The Carey Bros have remodeled two bathrooms and my kitchen. The rooms are fabulous. Their work impeccable. They listened to my ideas and concerns with open minds. I would not have changed anything about the experience.

My project was complex for its size, and it wasn't easy to find contractors to bid on it. Carey Brothers handled it with ease. They dealt with my insurance company, hired consultants, managed sub-contractors, and interpreted my preferences with an apparent effortlessness that only experienced, attentive, high caliber professionals could. In the end, they delivered great results, excellent value, and, more importantly for a homeowner who expects to be around for several more decades, peace of mind from knowing that the job was done right.

We heard from James at least twice a week. If he wasn't there he would call & leave a message. He always responded immediately.

The quality of workmanship exceeded our expectations. The book that he presented us with had instructions on how everything was going to go during the process, the way they were so meticulous..they were wonderful.

Carey Bros. Remodeling is a top notch company to deal with. From start to finish, there is not one thing I can think of that I was dissatisfied with.

Thank you! Easy people to work with.

Carol Carey for her knowledge and suggestions. Matt Keesis, his work and reaction to our needs and everyone who worked on project.

Matched everything perfectly, they went above and beyond my expectations

Promptness. When they said they would be there they were there.

We had the pleasure of working with James and Morris Carey for a major renovation of our back yard. From the very beginning, they were very personable and made us feel comfortable. They are knowledgeable, trustworthy, accommodating, reliable, and very creative. One of the many positive things we noticed right away was that no matter how chaotic our yard looked while they were here, they would clean up and put tools away in the evening before they left. We had several conversations and they would listen carefully. We realized that because whatever design they presented to us always contained our personal preferences. They gave us options and have a network of professionals they can recommend for special projects. By the middle of our project, we were practically finishing each other’s sentences. Whenever we spend time in our new backyard, we feel like we are on vacation somewhere special and our conversation always includes our appreciation for them and their creativeness. We have other projects in mind and plan to call them when we are ready to proceed. Vic & Irene Gonzales

James and Morris were both great.

They did everything efficiently and preplanned. There were no problems.

They were very professional and communicated well with us.

Jim was very attentive and supportive during the entire process.

The quality of the work was superb.

The company was fantastic. I told them I wished I would win the lottery so I could have them back again to fix the rest of my house. They were very personable and I felt safe with them in my home. I have zero complaints and that says a lot in this day and age.

I was most satisfied with their reliability and they always kept us informed. They showed up when they said they would and never left us hanging or waiting for them.

Carey Bros are very ethical, and we have been pleased with their work. They back up their work with a 5 year warranty. They will repair things at cost. We are glad to recommend them to other people who are thinking of remodeling their homes.

Carey Bros. Remodeling   Dear Ted & Sue, you will always be SPECIAL clients to us. You are like family. It was a pleasure to work in your vintage home and we hope that you enjoy it for many, many years. Thank you for your thoughtful comments. James
Share

I would recognize Morris' brother (James) and Morris' wife who came out for their exceptional service.

I really liked the quality of the work that was done.

I was very happy with Matthew the project manager. He explained the details of each project before starting. All work was completed on time. I felt the many projects added value to my home. The doors I had put in added beauty and comfort. Matthew responded quickly to all communications.

The general professionalism of the entire company and its personal. My doors were exactly what I imagined.

Best experience I have ever had with a contractor company. Honest and great results.

I was very satisfied with the Carey Bros. If a problem came up I knew they would see it through to my satisfaction

Carol was very helpful and could find the articles that I was looking for and even drove me to meet and choose the glass for my cabinet. Matt was also helpful and true to his word

I would recommend them to everyone!

All their entry & exit areas were covered. All work areas were cleaned before the left daily. Great.

They didn't fall short in any way

From design to completion they were great.

I would definitely do business with them again

The bathroom is absolutely beautiful!

This experience with Carey Brothers Remodeling has been a blessing and a pleasure.

Professional with schedule and invoices and job was well done with a little extra design.

We got updates on the invoices with detailed estimate and agreed charges.

I think I got the best deal with professionalism and results of project were great.

We contacted six companies; 3 no showed for estimate, 1 estimate was double the Carey estimate, another after showing up for an estimate did not give us the estimate. Throughout the project we were confident in the Carey Bros. because they kept us informed and involved when necessary.

Recommend only if the ones asking realize they need to review everything item by item and not be rushed to sign by management.

Each item listed under "Customer satisfaction" represents a specific question asked by GuildQuality to customers of Carey Bros. Remodeling as part of our survey process. The bar graph and percentage next to the question stand for the percentage of respondents that were "Satisfied" about that particular question.