Perfection Property Restoration is located in Northern Illinois and Southern Wisconsin and services the entire Midwest, and respond nationally for large losses. We pride ourselves on providing a stress-free experience for our customers throughout the restoration process; from the initial call for emergency services through the complete rebuild. 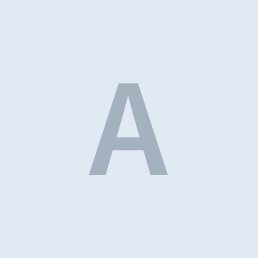 Likely To Recommend
I am likely to recommend Perfection Property Restoration to a friend.
85%
Quality Of Workmanship
I am satisfied with the quality of the workmanship.
87%
Schedule
Perfection Property Restoration adhered to our agreed upon schedule.
89%
Clean & Safe
The job site is kept clean and safe.
90%
Cooperative And Responsive
Perfection Property Restoration was cooperative and responsive to my needs.
89%
Employees Professionalism
The employees of Perfection Property Restoration are professional and courteous.
93%
Claims Coordinator Repair
[CLAIMS COORDINATOR] was accommodating and respectful of my needs when scheduling the initial and subsequent visits to my home/business.
89%
Estimator Schedule
The estimator, [ESTIMATOR], was prompt and professional.
92%
Repair Project Manager
[PROJECT MANAGER] arrived on time to our initial meeting, went over the job thoroughly, and answered all of my questions.
91%
Repair Communication
I have been able to reach both [PROJECT MANAGER] and [CLAIMS COORDINATOR] easily and I communicate with them on a regular basis.
81%
Project Manager Communication
The Project Manager, [PROJECT MANAGER], communicated with me about what the crew would be working on and answered all of my questions and concerns.
88%
Repair Production
The work crew arrives on time and they work the entire day with minimal breaks in production.
84%
Claims Coordinator Mitigation
[CLAIMS COORDINATOR] was kind and caring when he/she took the information from me regarding the loss at my home/business.
95%
Mitigation Contents
If applicable, the crew handled my contents with care and respect.
92%
Mitigation Manager
The Mitigation Manager, [PROJECT MANAGER], spoke to me regarding the work that was currently being performed, answered all of my questions, and reviewed what to expect going forward.
88%
Mitigation Claims Support
[CLAIMS COORDINATOR] was helpful and professional.
94%
Information
The Perfection Property Restoration telephone representative was informative.
95%
Calls / Communication
My calls were returned in a timely manner.
83%
Job Flow Explanation
Perfection Property Restoration thoroughly explained the job flow process before beginning work in my home/business.
85%
What does this data mean?

I would DEFINITELY recommend PPR to others.

They did a good job and they followed up on their work.

Everything was wonderful other than them starting late. They worked with me and I worked with them.

They were very helpful and very fast.

There was some damage done and I thought they were reckless.

They got there right after the fire and the mitigation was started but it all fell apart after that.

They were fantastic from the beginning of the job to the end of the job. They were very easy to work with.

We didn't have anyone to turn to and they were there.

The delay of finishing the work makes me hesitant to recommend them, though i think the quality of the work is fine.

I highly recommend them.

Perfection Property Restoration   Thank you Mr. Hickey for your recommendation. We were delighted to provide you with our services.
Share

They were prompt and professional. We had no issues at all.

Overall, it was a great experience!

Be careful with Perfection, the jobs go well until they don't, and then it's no good.

They were professional, quick, responded well to any questions I had, and they took their time with me since I'm a widow. I'm very leary of everything that happens in my home, so they were very kind to me. This is my third time using them and I would highly recommend them to anyone.

The amount of headache this company caused for me is enough to never recommend them to anyone. One positive thing is they did accommodate my time frame and did their job fast, but with consequences. They have caused numerous damages to my apartment (they did fix most of them afterwards but not all) and items and did not complete all the work they were paid for (I discovered this on my own, was not informed about it). To be fair, they then completed additional work instead of the one they didn't, but if I have not checked up on their work, they would have been paid a quite significant amount for doing nothing. In addition, they refused to fix/replace my water heater that was in perfect working condition before they started work but then broke due to them not taping off flame vapor sensor. Excuse was that my heater was too old and it was a coincidence but, as I said, it was working fine and I did not ask for a new one, I just wanted it to be in the working condition I left it.

They were excellent and if I need anything else I will be sure to call them.

I was dissatisfied with the entire project, from the time that it took, to the quality of the workmanship. This project could have been done in 30 days and I spent 6 months.

I wouldn't recommend them to a friend because of the workmanship and scheduling issues. I don't feel like it was worth the money spent. It was very amateur work.

I was so impressed with the whole project from start to finish.

THIS IS THE RIGHT SURVEY-----I live in a small retirement town and so lots of people are around and really watched the house and workers. The guys that were here the first week that cleaned all the insulation out of attic and walls were great and Denise the gal the first couple weeks was great at documentation and packing things she did the work of two guys. Then she was pulled off the job and sent out of state. Sean never communicated with me on what and when things ere getting done. I would have to call him to check on things and then I really don't think he knew what was going on . The guys would lie to him about getting things done or take pictures that they were doing things and then not do them. When they were suppose to be cleaning I never saw them clean nor did I see cleaning supplies or smelled cleaning. I went to the house every day and the last several weeks I rarely saw them there.Neighbors and people in the community would tell me they would see the men walking around smoking cigarette's and talking on their cell phone most of their day so little work got done.. Taking naps in their truck . Sean would tell me they went to Oregon(a little town) to get supplies when they just came out of Freeport. What supplies when their trucks have supplies??Then they said that the contractors were making a mess in the house so they could not clean. They could have gone to the large basement to clean instead of leaving and doing nothing. Now the contractors were putting on a roof and house siding so they were not in the house. Two days people saw them drive into town and drive right back out. Why come at all?? People would were golfing at our golf course here in town saw Perfection trucks there and the guys out and about on course. I'm sure they will say they were eating at the lunch stand. Well it was not lunch time and they were not at the stand. I kept calling Sean and said that no cleaning was getting done and still nothing was getting done so I had a Male family member talk to Sean on Friday and I wanted Denise back so work would get done. Monday morning when I got at the house I opened the door and I could smell cleaning and saw their supplies and Denise and two people from DunDee Perfection was working hard cleaning. In a couple days they got done what should have been done weeks before. Is this the way this company runs their business? I can only hope they do better for other clients.

I was more than pleased with every bit of work and the courtesy and attention they paid to my house. They went above and beyond what they needed to. I told my insurance company to recommend them to anyone. I am 100% pleased.

Each item listed under "Customer satisfaction" represents a specific question asked by GuildQuality to customers of Perfection Property Restoration as part of our survey process. The bar graph and percentage next to the question stand for the percentage of respondents that were "Satisfied" about that particular question.