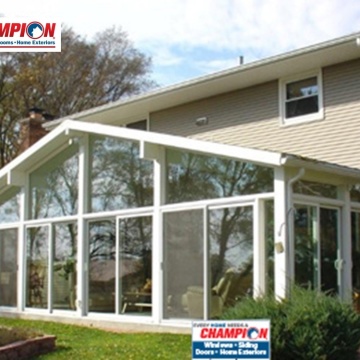 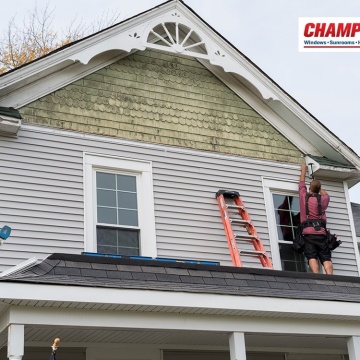 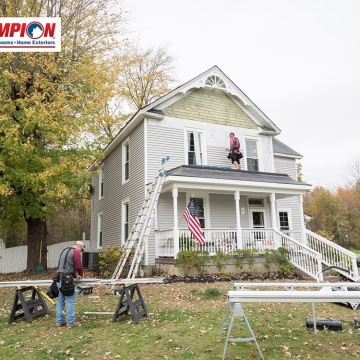 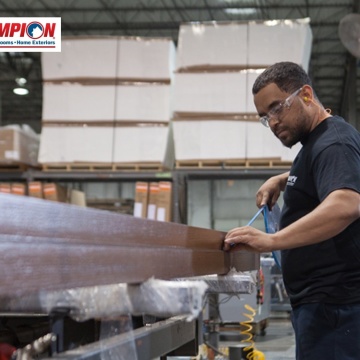 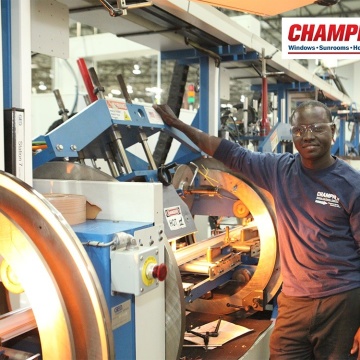 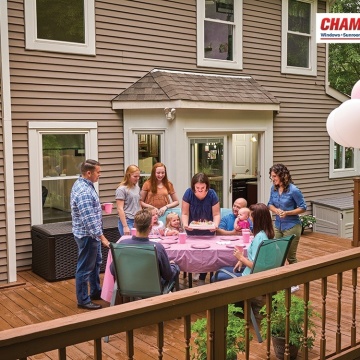 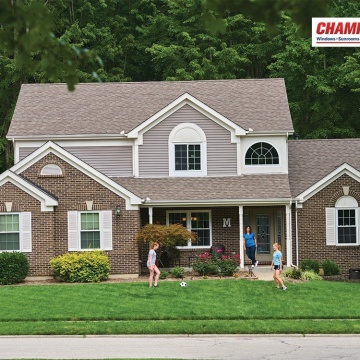 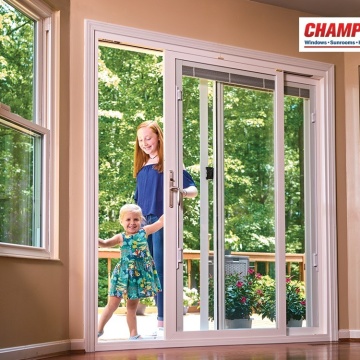 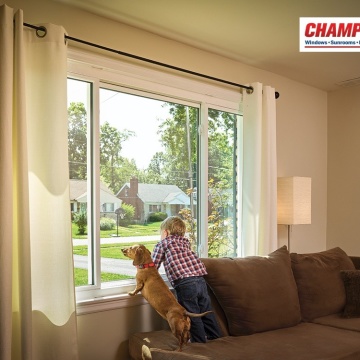 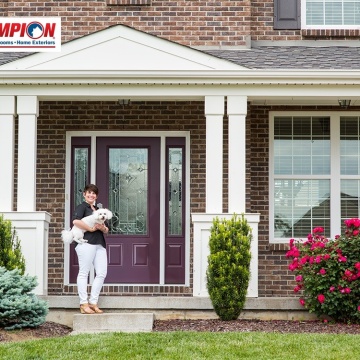 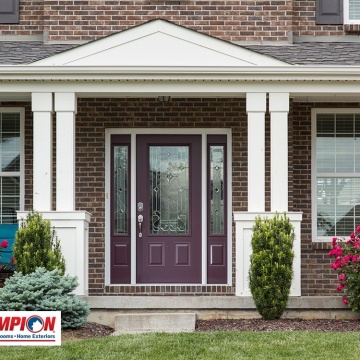 Great windows and service and installation.Very happy with my new windows.

We are thrilled with our decision to use Champion Windows.

The work is very professional and it is a high-quality product.

The sun room project was handled professionally and instantly added value to my home. It's definitely the best home improvement project I've done in the 25 years of owning my home.

Champion was extremely professional. They showed up on time and left the worksite clean each day. After it was finished, I couldn't tell that they had been here. The overall job was fantastic.

Overall, the project was done with a high grade of professionalism and quality.

The installers were very professional and went above and beyond to get the job done quickly and courteously.

We absolutely love our new room. It lets the outside in.

First of all, let me go ahead and put it out there that I am fairly laid back person. I'm not one of those who beat their chest and leave negative reviews for small oversights. However, with this company, I have intentionally held off on leaving a review so I wouldn't sound like a lunatic. To say I am extremely disappointed with my experience with Champion is an understatement. I am relatively laid back and, when it comes to the working man, I try not to hover over people. This installation cost me well over what I bring in annually in retirement, but I thought that it would be worth it because of the Champion name, the warranty and the lack of contractor / subcontractor drama. So far, I have not been impressed. I'm not a nit picker, but little things like:1) not providing their sub-contractor with a business license to operate in my city, thus slowing down work after the police stopped by to check and one could be obtained. This is something that I would expect from out-of- state roofers after a hurricane.2) no shows / no calls3) replacing a flood light that was literally full of water which, thank heavens I took it down when I noticed that the light was flickering, at which time I noticed that it was full of water. Company expressed no concern over the fire hazard that it posed over the week that it had been up.4) the company's lack of concern of when my HVAC guy was almost electrocuted or the potential fire hazard because of damage from when the service disconnect was taken off the side of the house to install the vinyl.5) No follow through from with the company to see how things were progressing or follow up after the job (I've had individuals and small companies that will contact me weeks after work performed to see how things were going and to offer to come back out for free to make any tweaks.6) Disconnect between the subcontractors and the company (jerking the subs around.....waiting for them to get on-site and then start demanding extra work that wasn't in the initial agreement). 7) Between the weather and 'no shows', it took a very long time for the job to be completed after the windows were already installed (a fact that did not go unnoticed by neighbors).Over all, the house looks beautiful and I have had neighbors stop by and tell me how much they like it.If you are looking at just getting window work done.....Matt and his brother can not be beat.....they know their stuff, are very likable and had all our windows taken care of all in one day. Will I use Champion again? Nope! The wife and I are considering converting our enclosed porch into a sun room in a couple of years, but it will not be through Champion.

Champion is a great company from start to finish.

They are very clean, during and after the work they were very conscious of keeping my space clean.

This was my second time having Champion windows installed and I am highly satisfied.

Everyone we dealt with was professional, friendly, and easy to work with

Champion Windows is the best when it comes to windows!

The installers were very nice, professional, did an awesome job, and cleaned up everything. They did it in less time than they said they were going to do it.

Excellent work. Cody Bolin and his crew were excellent. Workmanship was fantastic. Thanks!

I love the way my new porch was enclosed with glass doors and windows. It is high quality and beautiful. Al sliders work with ease.

They were very professional, clean and friendly. I liked them a lot.

They need a much better installation crew. That will represent Champion Windows, professionally.

Matt came out and explained everything in detail and showed products that would be used in install. Frank, installer was awesome. Quick install. Love our new sun porch.

I am not likely because the prices were high.

I would highly recommend the installation crew but I wasn't a fan of the salesperson.

Champion Windows did a professional job, I was very satisfied with them. I recommend them to do further work if there was anything I need at any further time.

Questions for Champion Windows of Columbia?

Each item listed under "Customer satisfaction" represents a specific question asked by GuildQuality to customers of Champion Windows of Columbia as part of our survey process. The bar graph and percentage next to the question stand for the percentage of respondents that were "Satisfied" about that particular question.