We’ll prove our value with 30 days of our service, for free. Fill out this form, or call us at (888) 355-9223. We'll answer your questions, show you a demo, and get you started with your free customer surveys.

Each quarter, we reach out to homebuilders, remodelers and contractors in our community of quality to get their opinion on the state of the market, how they expect the market to change, and what change they expect to see in their company’s performance. This report contains responses from several different lines of business and regions. (See bottom of post for breakdown.) 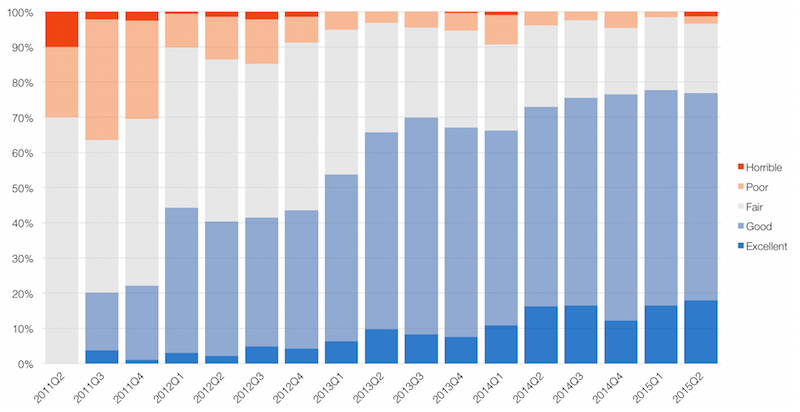 When we asked respondents to give their opinion on whether the market is improving or declining, 52.9% shared that they expect it would remain the same and 40.8% expect improvement. The number of respondents that thought the market would improve is down from 57% in Q1 of 2015 and 42.9% in Q2 of 2014. While this does indicate a slight decrease in positive outlooks, each year from 2010-2015 has seen a decrease in this metric between Q1 and Q2. 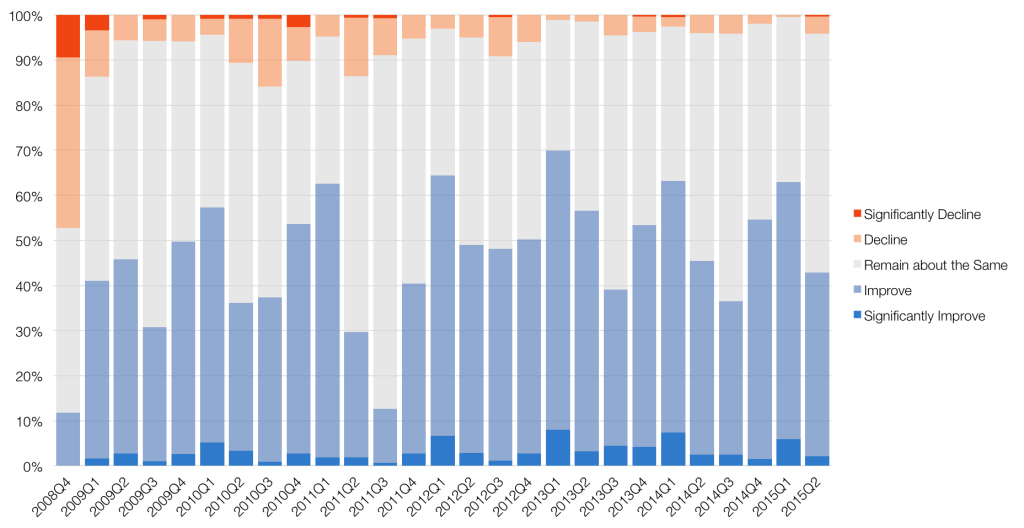 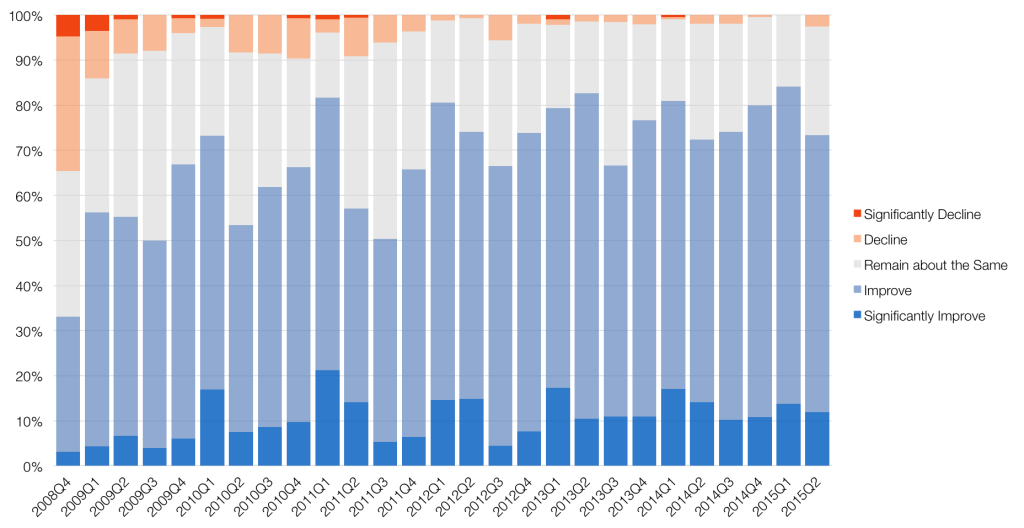 Respondents were asked to identify emerging trends they’re noticing and a few of the most prevalent ones we saw were age-in-place, larger projects/additions, and more kitchen and bathroom projects.

We asked respondents to tell us what they’re focusing on long term, and this word cloud highlights some of the answers we received. The larger words were seen more frequently in survey responses, but many shared they were focusing on hiring/recruiting new talent, training and keeping current talent, customer relationships and new products/services/technology. 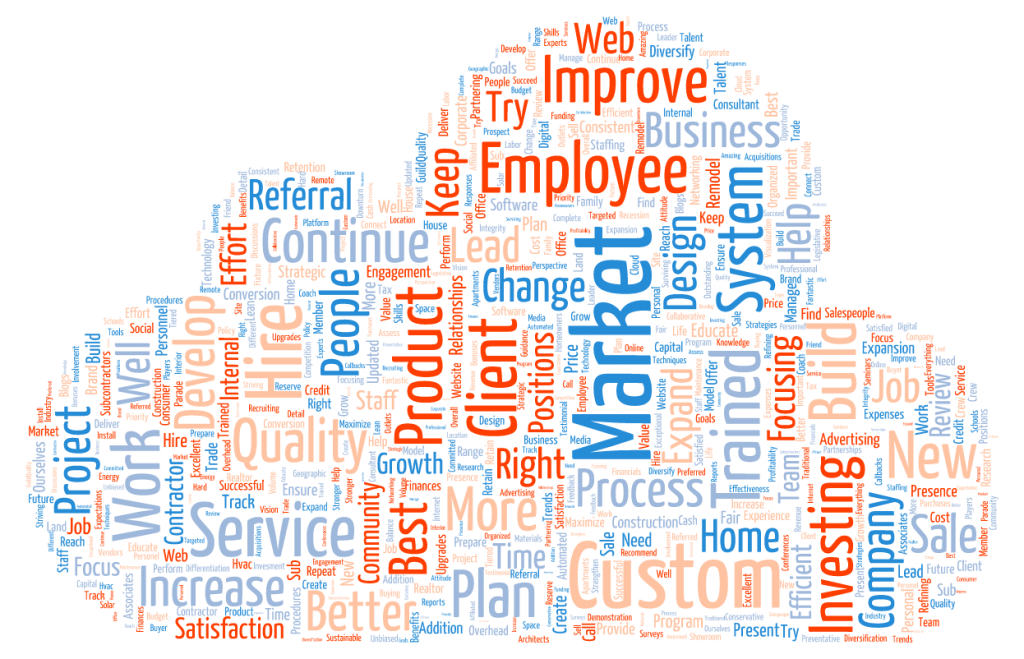 Below are a few additional comments we received from some of our survey respondents. Many folks that provided additional feedback mentioned the lack of interest among young people in pursuing careers in the building industry. This has been a hot topic in the industry recently and many of our respondents agree that they’ve seen this as a problem.

“I feel that if Millennials are either not able to, or chose not to start to purchase both new and older homes in much greater numbers, in 10-15 more years, the face of single family home building and remodeling will be vastly different than the previous 50. Also, with much fewer numbers of them entering the more physically demanding building trades, there will be a substantial shortage of qualified help if things should become busier.”

“Consumer confidence is good in our area. I think one thing we need to be most diligent about is hiring the RIGHT people. It makes all the difference. It is not worth settling for someone that does not feel like the right fit….just keep looking.”

“We are concerned about the lack of interest in construction by young people in general and trying to find out how to generate interest in the trades profession.”

“We are really investing in our website and social media strategies as we believe that this is the best way to leverage our chances of earning referrals.”

“Market is good right now, but prospects are shopping more and taking longer to make decisions.”

Breakdown of Line of Business and Region:

(Note: Respondents were able to select multiple options for both line of business and region.)

We’ll prove our value with 30 days of our service, for free. Fill out this form, or call us at (888) 355-9223. We'll answer your questions, show you a demo, and get you started with your free customer surveys.